Obviously weather affects every individual on the planet except for the hybrid beings that live deep beneath the Earth’s crust in cavernous subterranean cities, but for some of us it’s a little more than a corollary part of our everyday existence.  For some it goes a little deeper than today’s forecast as we delve into the science and subtleties of weather, its impacts on our lives, and its oft beauty, majesty, and power.  Here are a few areas that resonate with me personally.

Adventure
I don’t really care what people say, when certain weather comes to town it just brings out a childlike sense of adventure in me.  Whether it be driving through two feet of snow in a 40 year old truck, building jumps off a garage roof or snowboarding down the road in tow, ice skating on neighborhood ponds with friends, hitting an Atlantic swell to surf, or stupidly fording deluged roads, I can’t help but be persuaded by the adventurous spirit in me to engage in all sort of crazy and fun shenanigans.  Yeah I understand there are real-world consequences and realities to weather like this (see “Realities” below), but when weather conditions are non-life-threatening (ones which I am referring to) there’s a lot of fun and life to be had.  I personally see no mutual-exclusivity between having silly and adventurous fun in the snow and being a responsible, trustworthy adult. 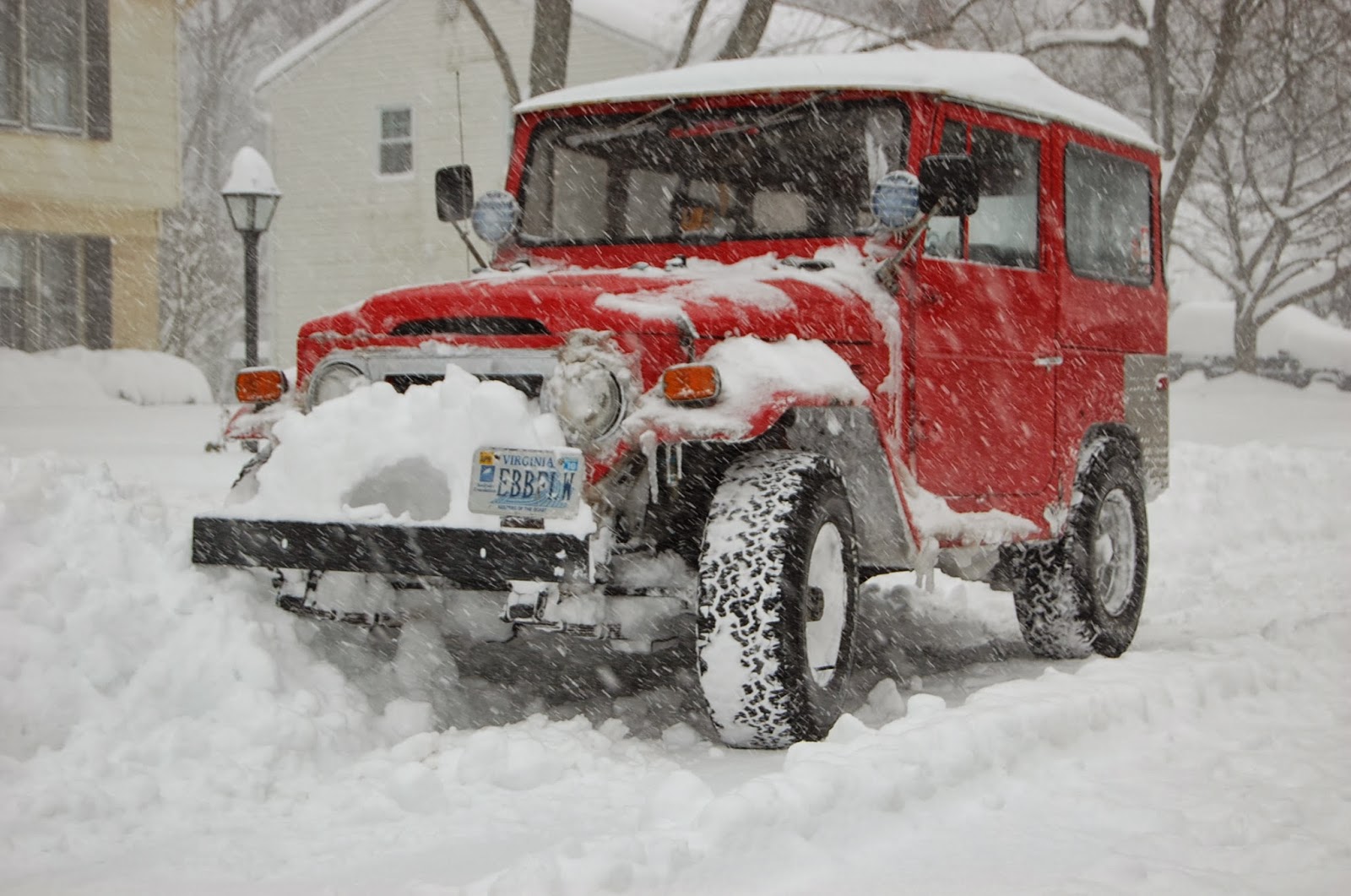 Down-time
I think one of the unsung positive qualities of a snowstorm (especially the crippling sort) is forces us to slow the heck down.  Tell me again, what’s so bad about being forced to stay home and spend time with your family and go sledding and build a snowman or two and make hot chocolate and sit by the fire – without having checked you smartphone email the whole day?  Yes I know there are some negatives to snow days (i.e. kids miss school, hourly employees miss wages, etc.), but when you were a kid what days did you remember most growing up (I rest my case) and who here would argue making money is better in the long run than spending a snow day with family?  The point I’m trying to make is that we should be welcoming circumstances that force us to slow down a bit from our fast-paced lives, not expressing opposition towards them.  We should be cheering the coming of crippling snowfalls (disclaimer being that you’ve prepared prudently for one), not worrying about how they’ll interrupt our schedules or hinder us getting work done.  There’s not too many events that force us to spend quality friend and family time together…let’s not take those for granted.

Beauty and Majesty
No one can deny the natural beauty that certain weather events manifest, especially fresh snowfalls.  I mean is there anything more beautiful in your backyard then the newly fallen pure white coat of snow covering everything back there?  Is there not an inkling of awe to be felt as that babbling brook behind your home all the sudden becomes a raging torrent?  Do you not feel humbled to the bone when the thunder and lightning strike as if directed from Mount Olympus itself?  Weather can be destructive yes, but it can also be very beautiful.

Shoveling
One man’s trash is another man’s treasure right?  I know it sounds weird, but I really like shoveling snow (and chopping wood!).  Perhaps it’s the engineer in me that likes to plan the optimal shoveling plan.  Perhaps it’s the kid in me that likes to pile it up as much as possible in one area in hopes of building a huge sledding jump (see above) or carving out an igloo from it, or building the perfect firepit area.


Technical Discussion
Up until a few years ago I wasn’t too knowledgeable of the scientific meteorological aspects of weather and specifically wintry weather.  People often comment to me how I seem to know so much about weather (I'm flattered) and the such but you’d be surprised how accessible a lot of the same information the meteorologist, or “met” for short, on your local television station uses is to you freely on the Internet.  Of course there are pay and other private services only for specific clientele, but weather data is more superfluous then you may think.  As far as understanding science behind weather and climatology, enthusiast forums are probably the best places to gather knowledge.  Below is a list of site you may find helpful if you’re intending to become an amateur meteorologist as well.

Forecast models, radar, etc.
Weather forums
Philosophy & Cosmology
Finally in my opinion weather is one of the great manifestations of a creator God.  I am a Christian and the logical extension of that paradigm is to attribute all of Creation to that God.  When the poet exclaims,

“The heavens declare the glory of God;
the skies proclaim the work of his hands.”  -p19

“God’s voice thunders in marvelous ways;
he does great things beyond our understanding.
He says to the snow, ‘Fall on the earth,’
and to the rain shower, ‘Be a mighty downpour.’
So that everyone he has made may know his work,
he stops all people from their labor."  -j35

…I believe it in the utmost.  What a marvelous truth to behold and experience!

An ancillary point I find comforting as well is the omniscience of the God of the Bible.  Man with all his technology and the such (as great as it is) pales in comparison to the all-knowingness of the Almighty.  I mean I can look at a forecast model, generated by millions and billions of computing cycles from an array of supercomputers, and it will not be accurate even within a few hours.  As fun and interesting as delving into the science of meteorology is, at the end of the day, we really have no idea what the weather will be like tomorrow when a storm is coming.  In my paradigm I find solace though in the fact that God knows…and has known where each drop of rain will land since before the beginning of time…

“Can you fathom the mysteries of God?
Can you probe the limits of the Almighty?" -j11
The Negative Realities
No I’m not completely heartless or shortsighted.  I understand weather events can have major negative effects on peoples’ lives.  I’m not here celebrating the real tragedies that tornadoes, tsunamis, hurricanes, or fatal winter storms bring.  Further I understand they can have more minor negative effects, but nonetheless important to those enduring them such as folks missing out on hourly wages or those having to manage children staying home from school for example.  Those are real effects of these snow storms that I promote in particular.  That said, I think we live in life phases.  I just happen to be in a phase where the “interruption” of a paralyzing snowstorm is a welcome interruption.  Perhaps when I have children or my job situation changes I won’t feel the same… 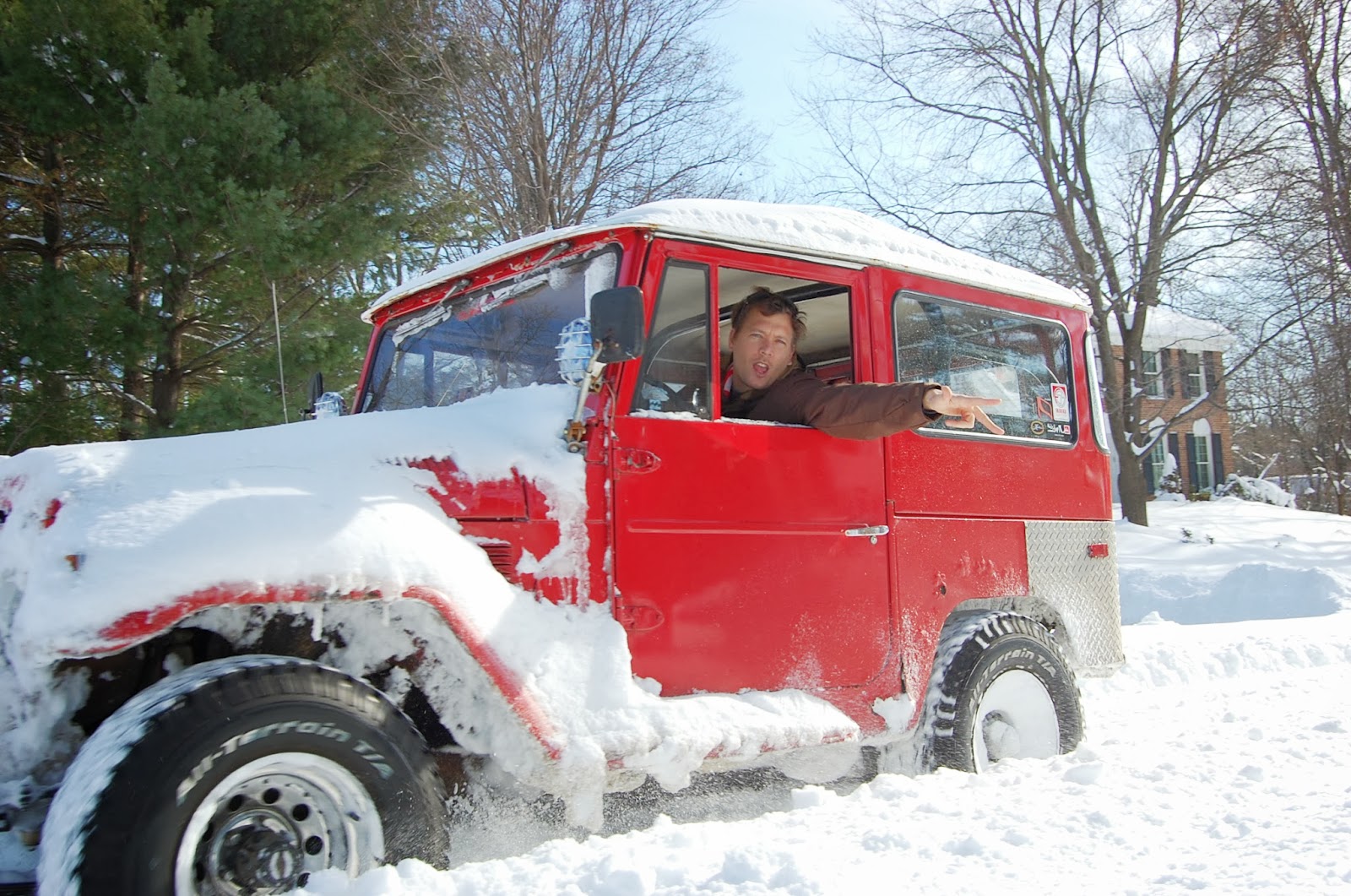